/
This project is a collection of email correspondences between Fung Lin Hall, Japan born chinese american - or dubious asian american from Tokyo now living in the desert/McCain country (one of her dogs is from Mexico) and the German born San Francisco based jtwine alias Jurgen Trautwein.

Shark fin soup originated in Asia and recipes date back over 2000 years. The soup was once a rarity available only to the aristocracy, primarily because it was so difficult to create. However, times have changed, fishing boats have improved, fishing nets are exponentially longer, and China's growing middle class has created an increased demand for this "delicacy."

Today, shark fin soup is routinely sold in trendy restaurants throughout Asia. Creating the soup is difficult because the fins must be cooked for a very long time until they separate into needles of cartilage that look like clear noodles. The fin itself has no taste, but is served with a broth of chicken, ham, and shiitake that it absorbs. Although numerous countries have made it illegal to harvest sharks for their fins, Hong Kong - Disney's new pal - is actually the world's largest trader of shark fins.

Shark fin soup is erroneously considered an aphrodisiac or regarded as beneficial to one's health, although studies have shown no healthful benefits. Ironically, the methods used to prepare shark fin soup reduce the water content of the fin, which concentrates numerous chemical impurities. Shark fins studied at the University of Hong Kong contained 5.84 parts per million (ppm) of mercury, compared to a maximum permitted level of 0.5 ppm. The high presence of mercury was confirmed in independent tests conducted by two state-related labs in Thailand, and the findings are also reflected in US, Australian, and New Zealand governmental reports.

what a disgusting business!
I was looking in Chinatown for some shark fins, but couldn't find any. Found deer antlers and super nature power instead. j 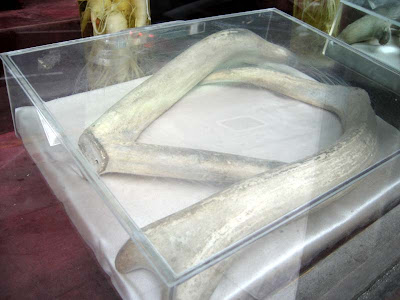 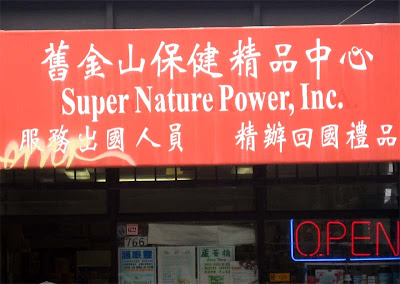 The Chinese will never give up on Shark fin soup - it's a tradition - any celebration, wedding whatever.

The Russians with their caviar. Two ecological disaster practices of eating by the wealthy people.
Emperor soup

Since this project is supposed to focus predominantly on art, check out Fung Lin's post on contemporary Chinese art Mahjong, currently shown at the Berkely art museum.
The exhibition concept doesn’t derive from mahjong, but it plays with it. It’s a game with 144 stones and you will have 12 groups of 12 stones. …
Posted by jtwine at 1:37 PM