Thinking of Walter de Maria and the line in infinite space 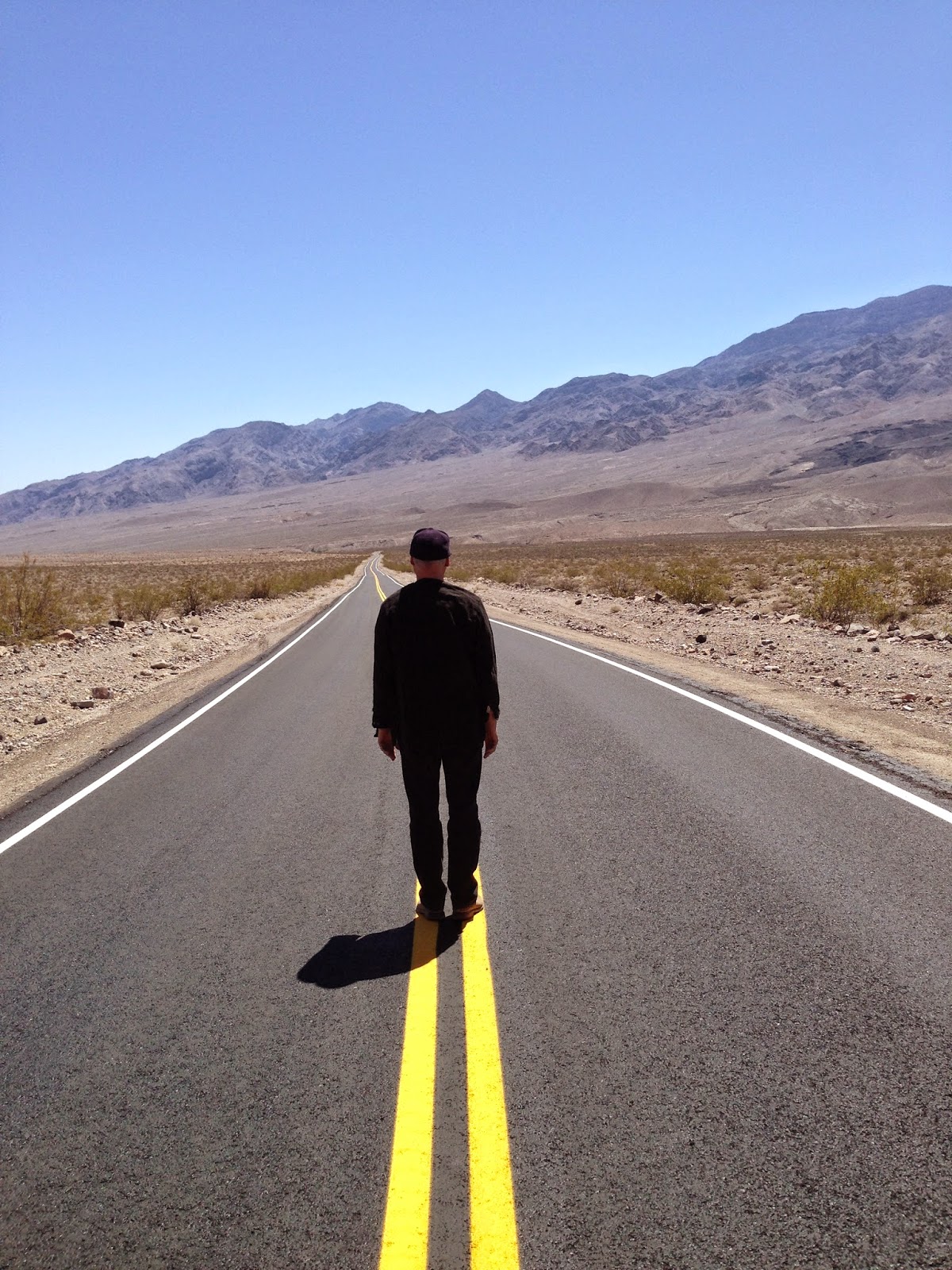 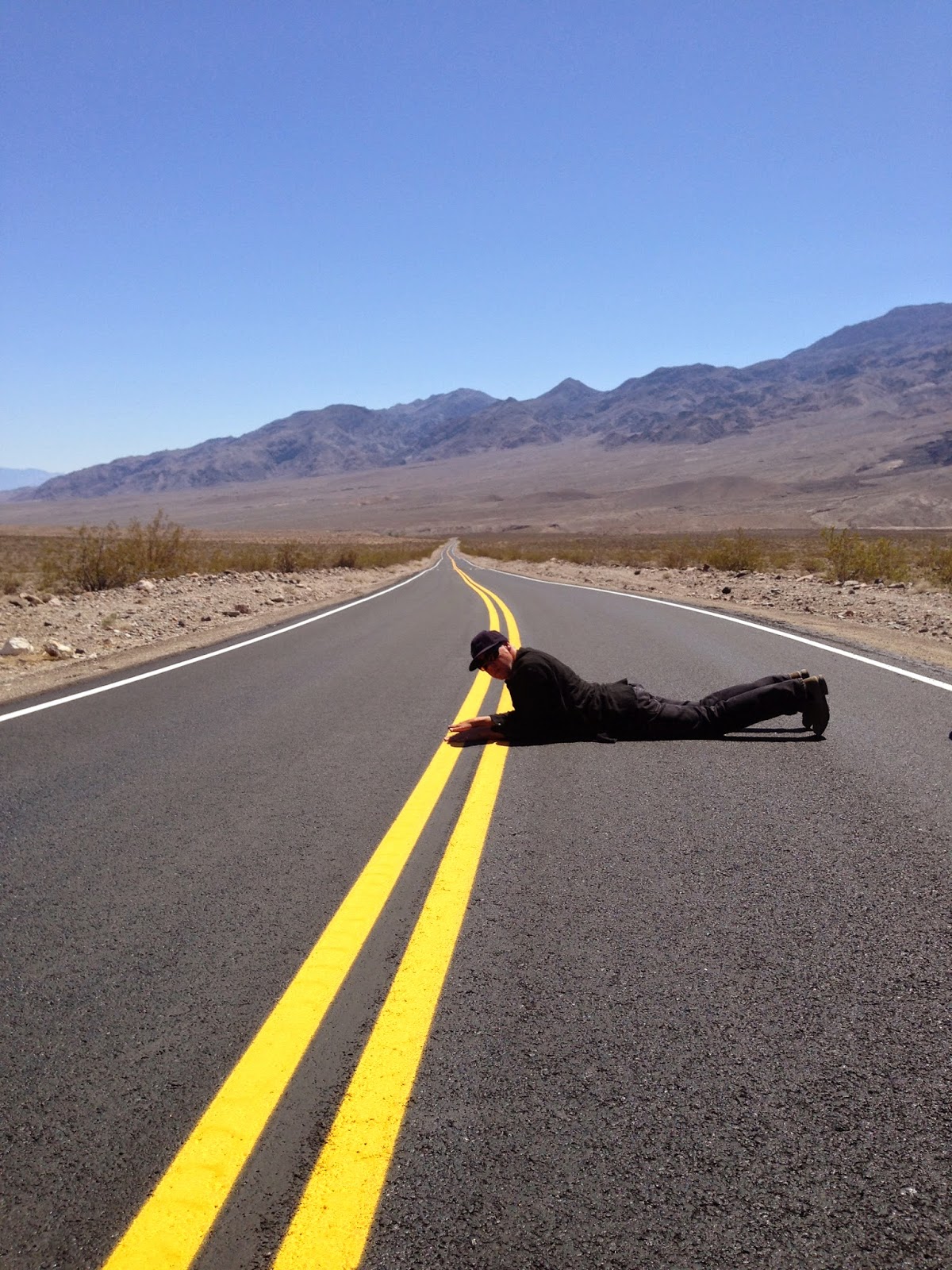 Walter de Maria :"... but it is, that the real notion of an infinite space is perhaps one of the few thoughts that is worth thinking about more than once."

go here and here for more on his work

jtwine posing as Nike of Samothrace at the Devils Golf Course in Death Valley, USA 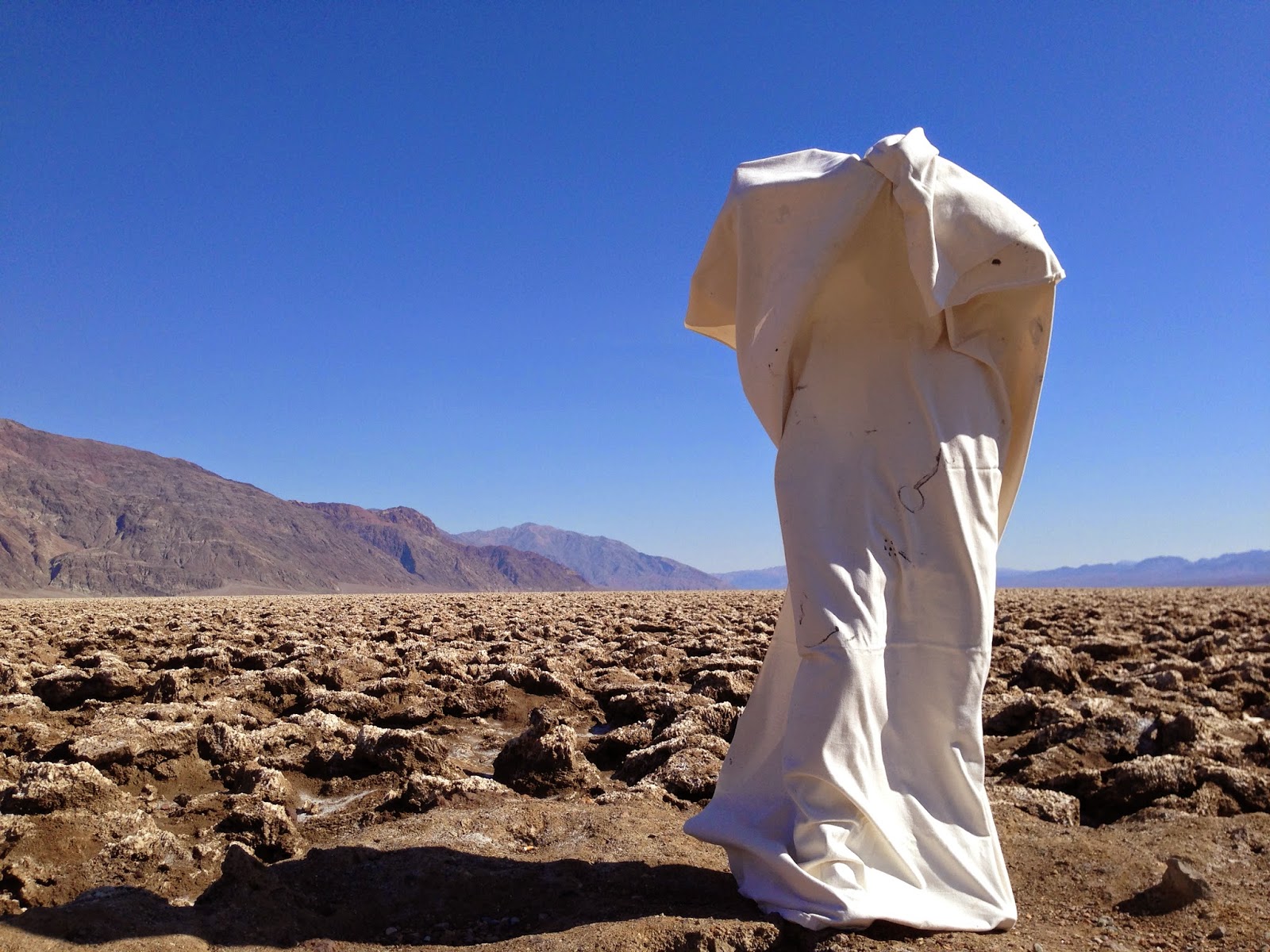 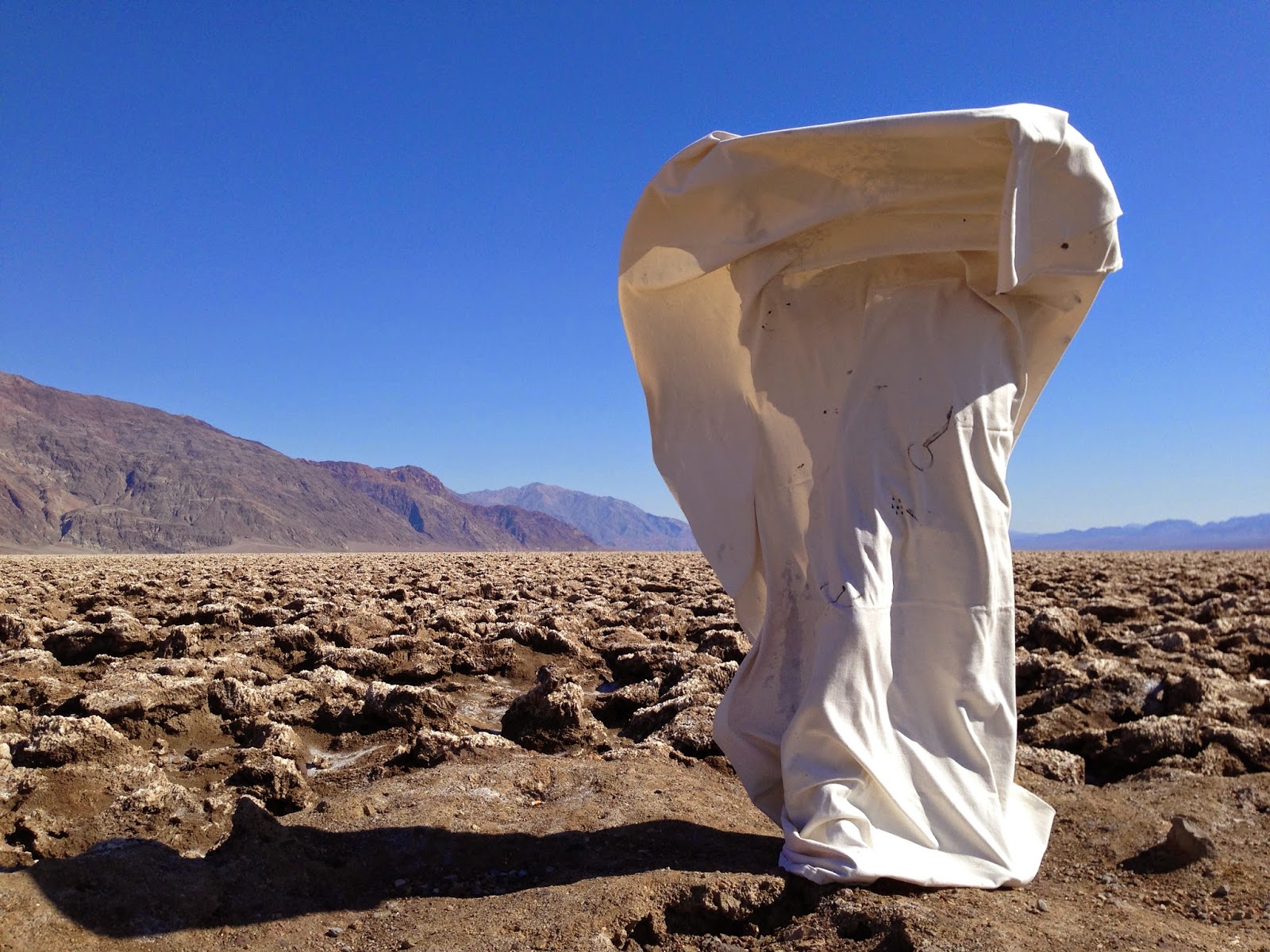 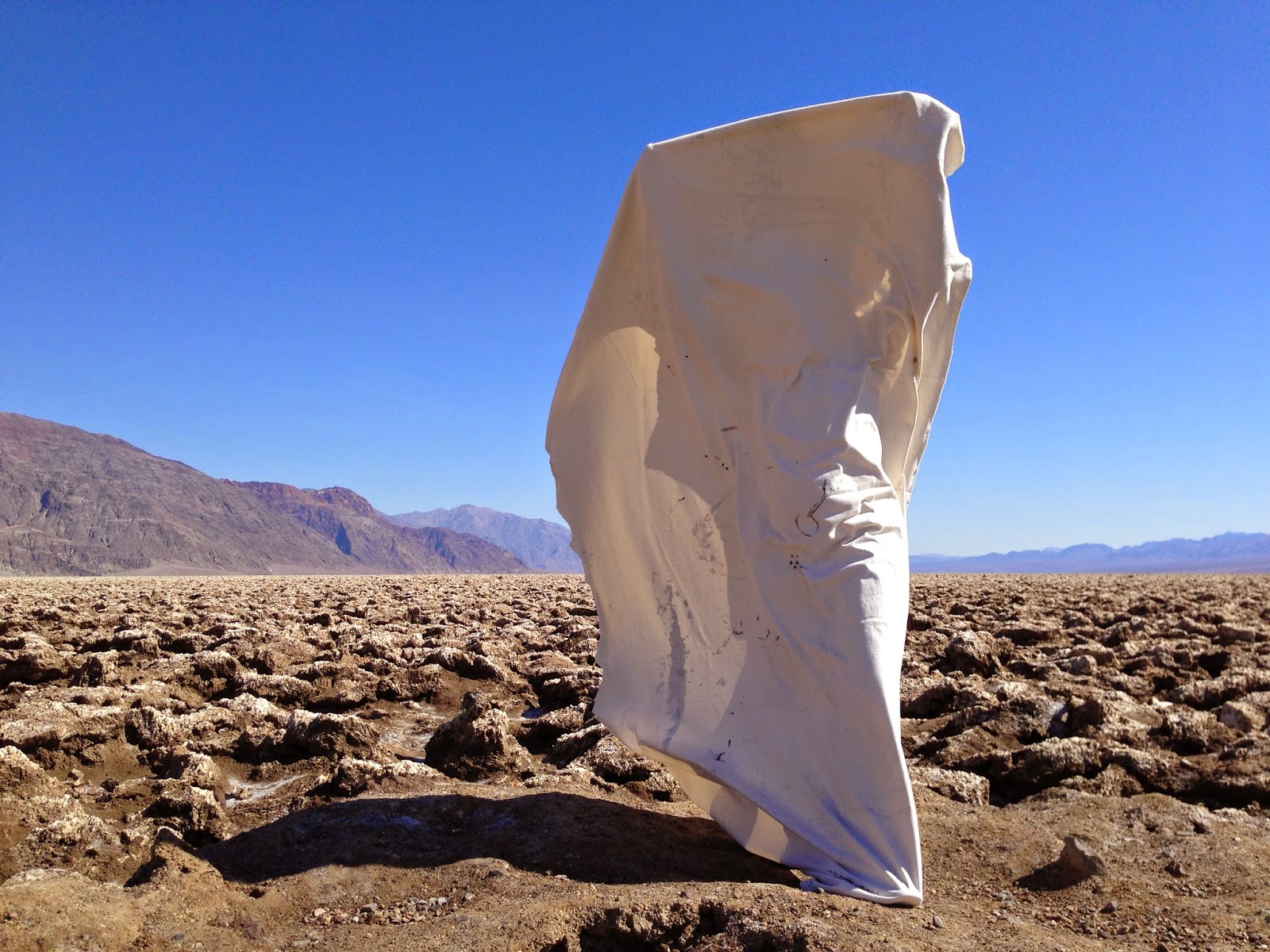 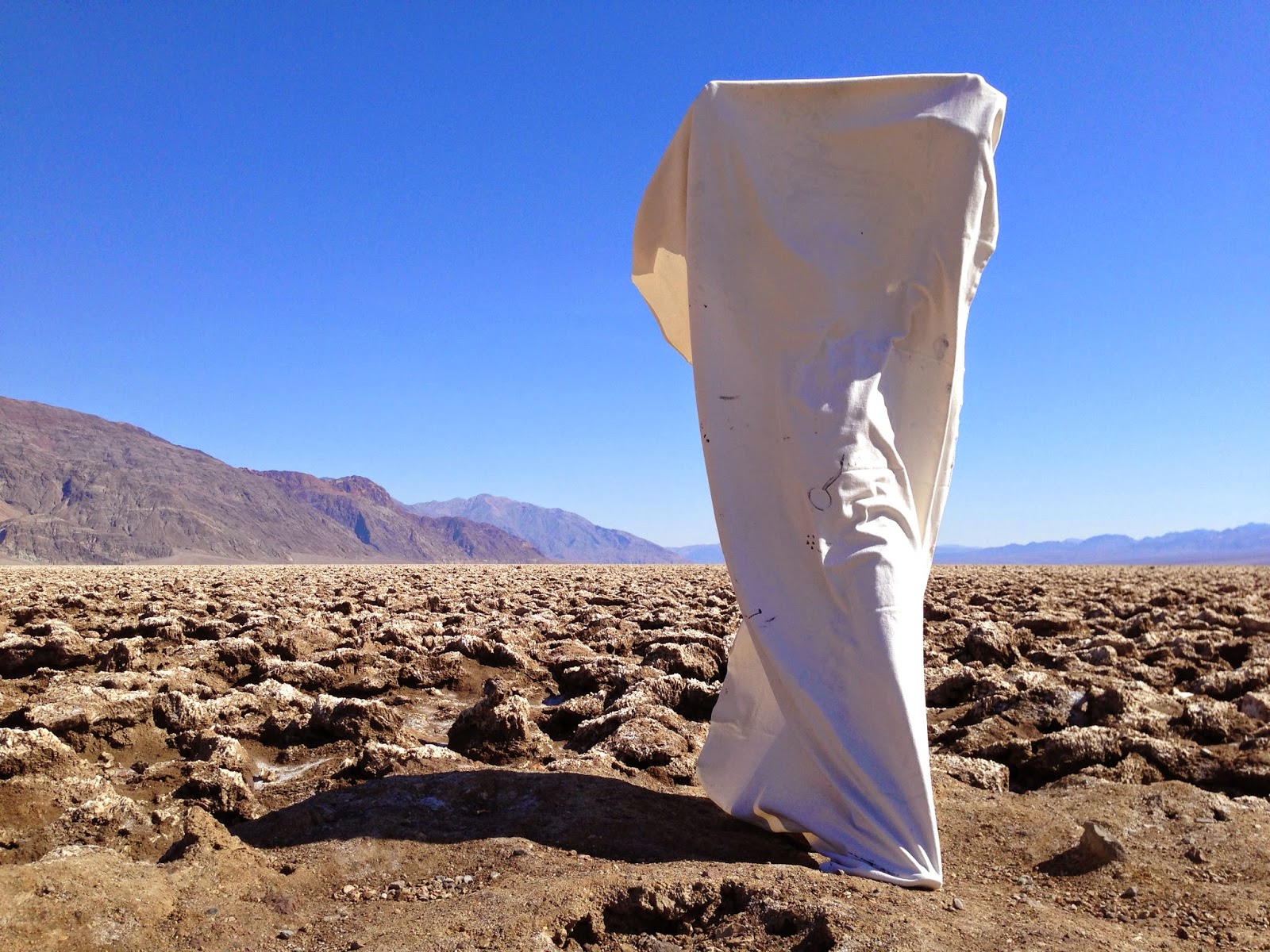 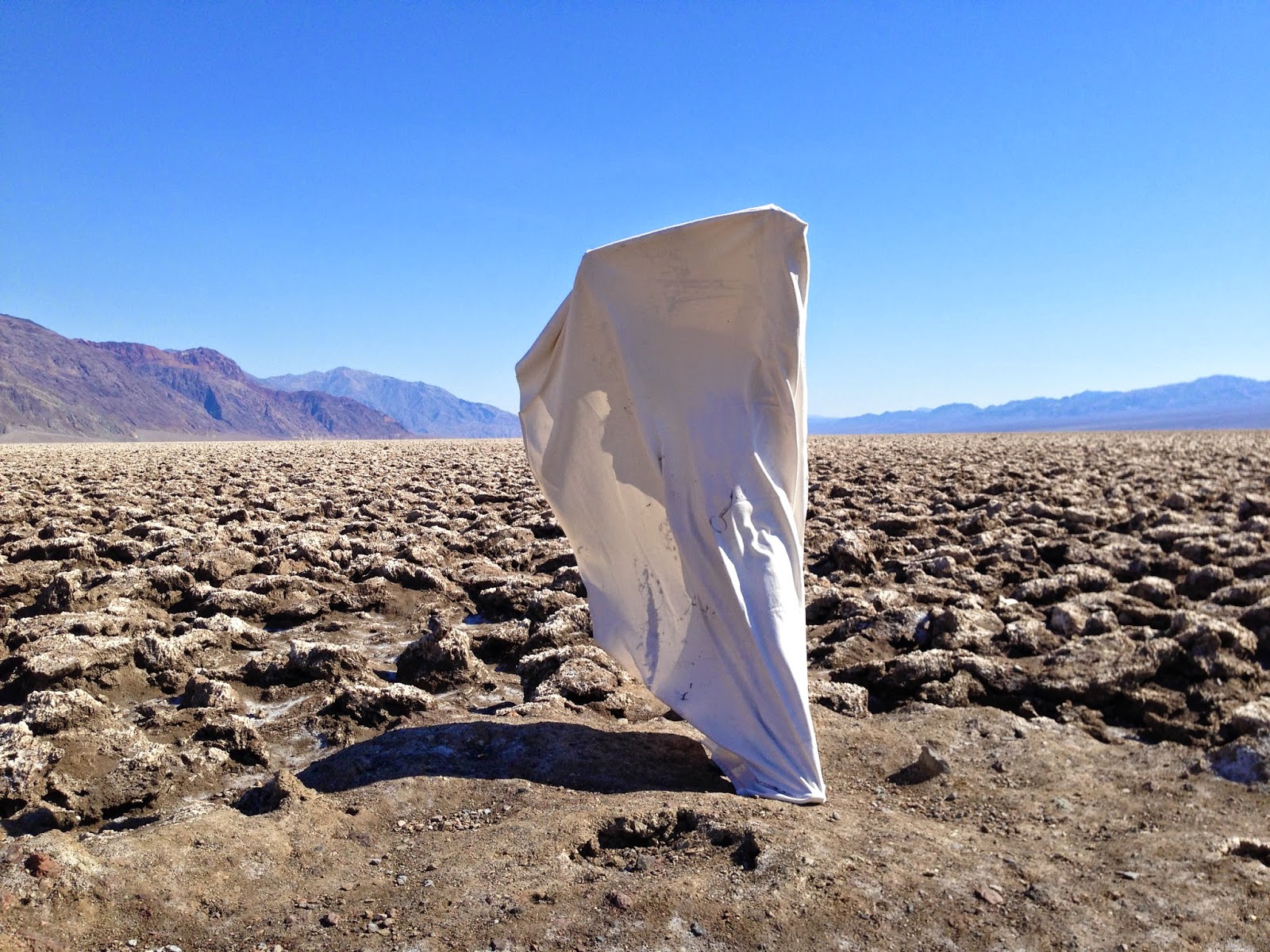 JT as Nike of Samothrace is a set of reenactments of the famous Hellenistic sculpture and is part of a series of performances in Death Valley, California, which are investigating the idea of "body in space". They are part of the evolving body wrap performances staged at various locations around the world. The project explores ephemeral sculptural concepts.

The Winged Victory of Samothrace, also called the Nike of Samothrace, is a 2nd-century BC
marble sculpture of the Greek goddess Nike (Victory). Since 1884, it has been prominently displayed at the Louvre and is one of the most celebrated sculptures in the world. H.W. Janson described it as "the greatest masterpiece of Hellenistic sculpture."
The Nike of Samothrace, discovered in 1863, is estimated to have been created around 200–190 BCE. It is 8 feet (2.44 metres) high. It was created to not only honor the goddess, Nike, but to honor a sea battle. It conveys a sense of action and triumph as well as portraying artful flowing drapery through its features.
Posted by jtwine at 6:05 AM No comments: 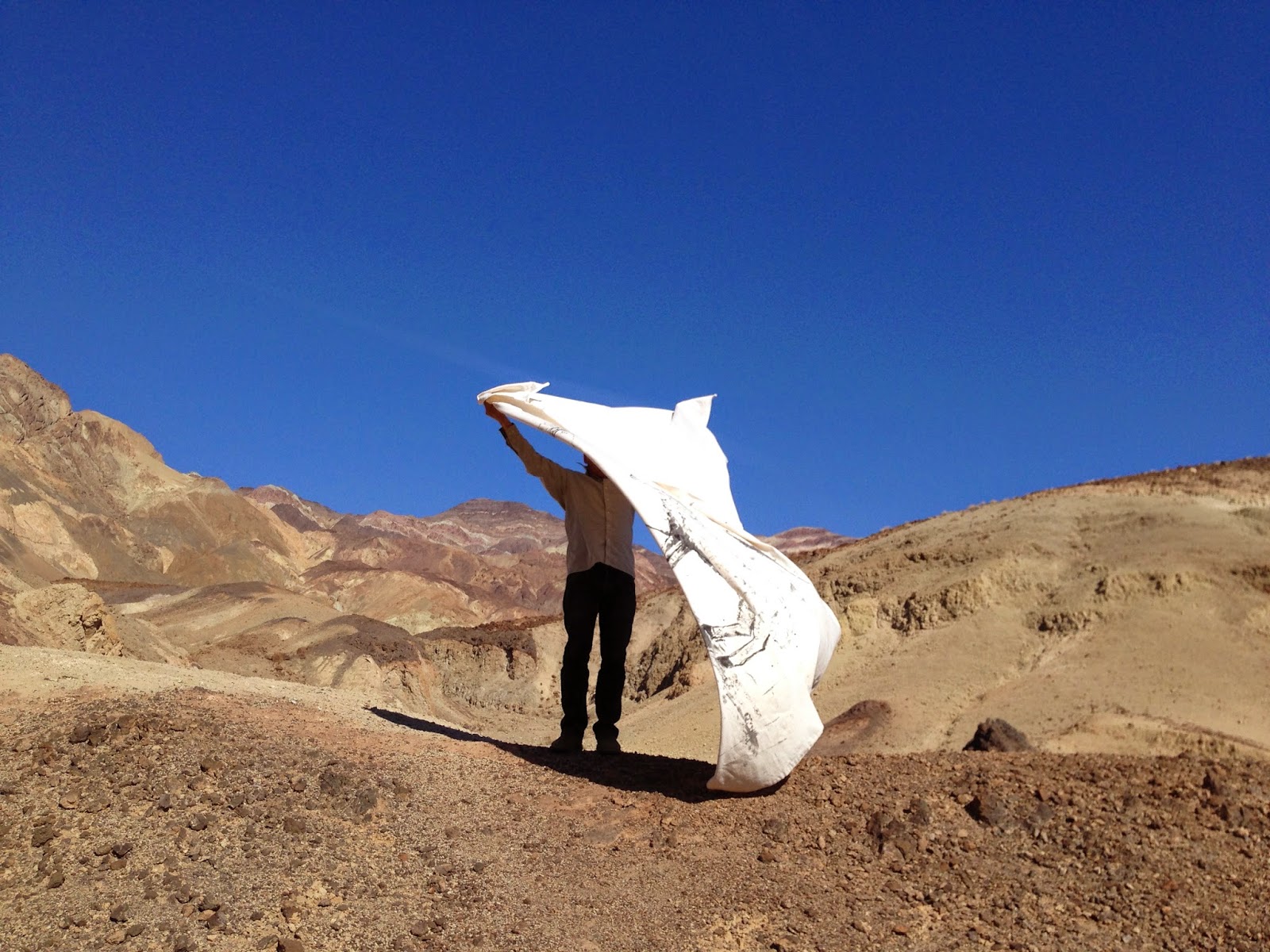 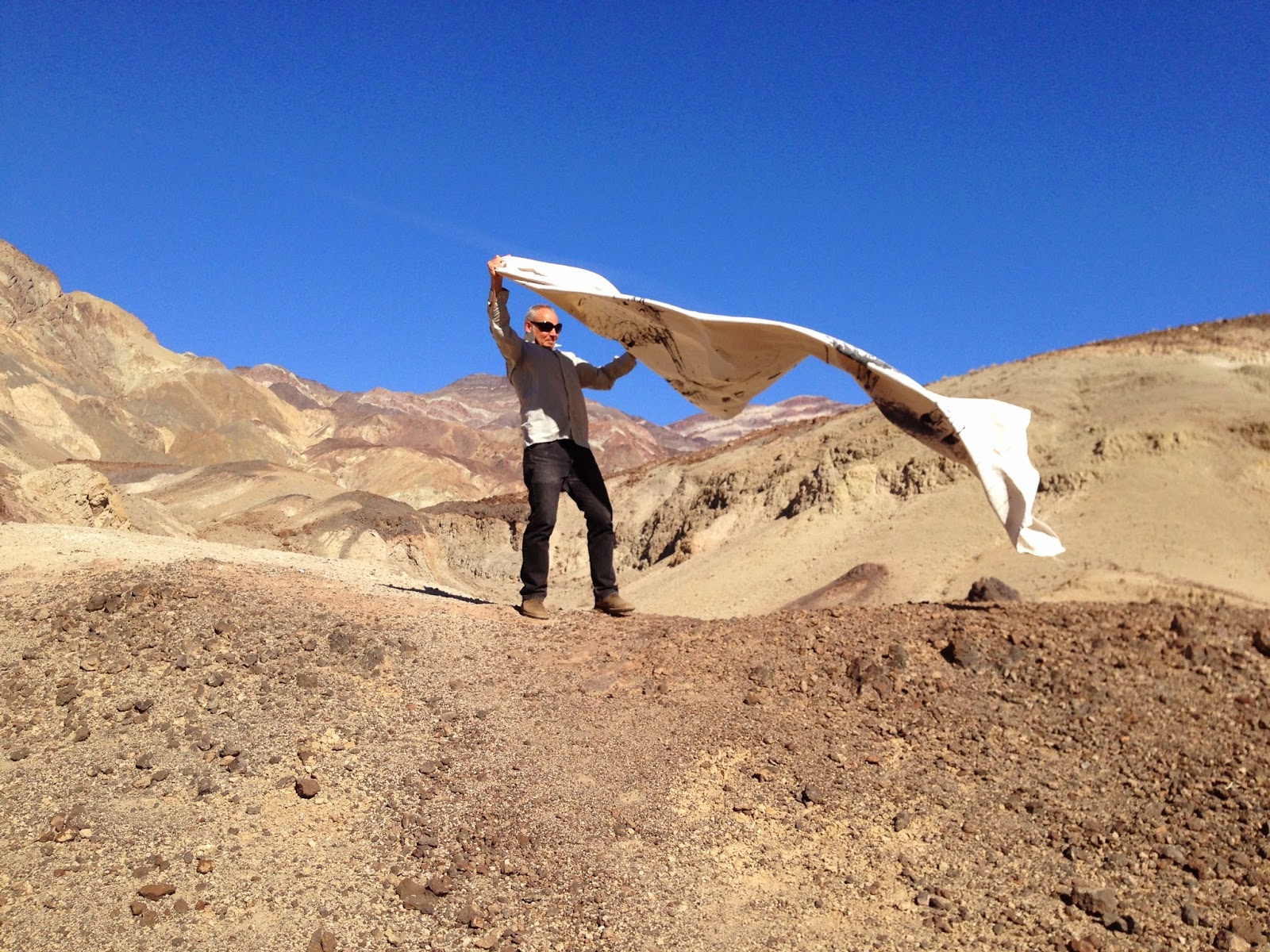 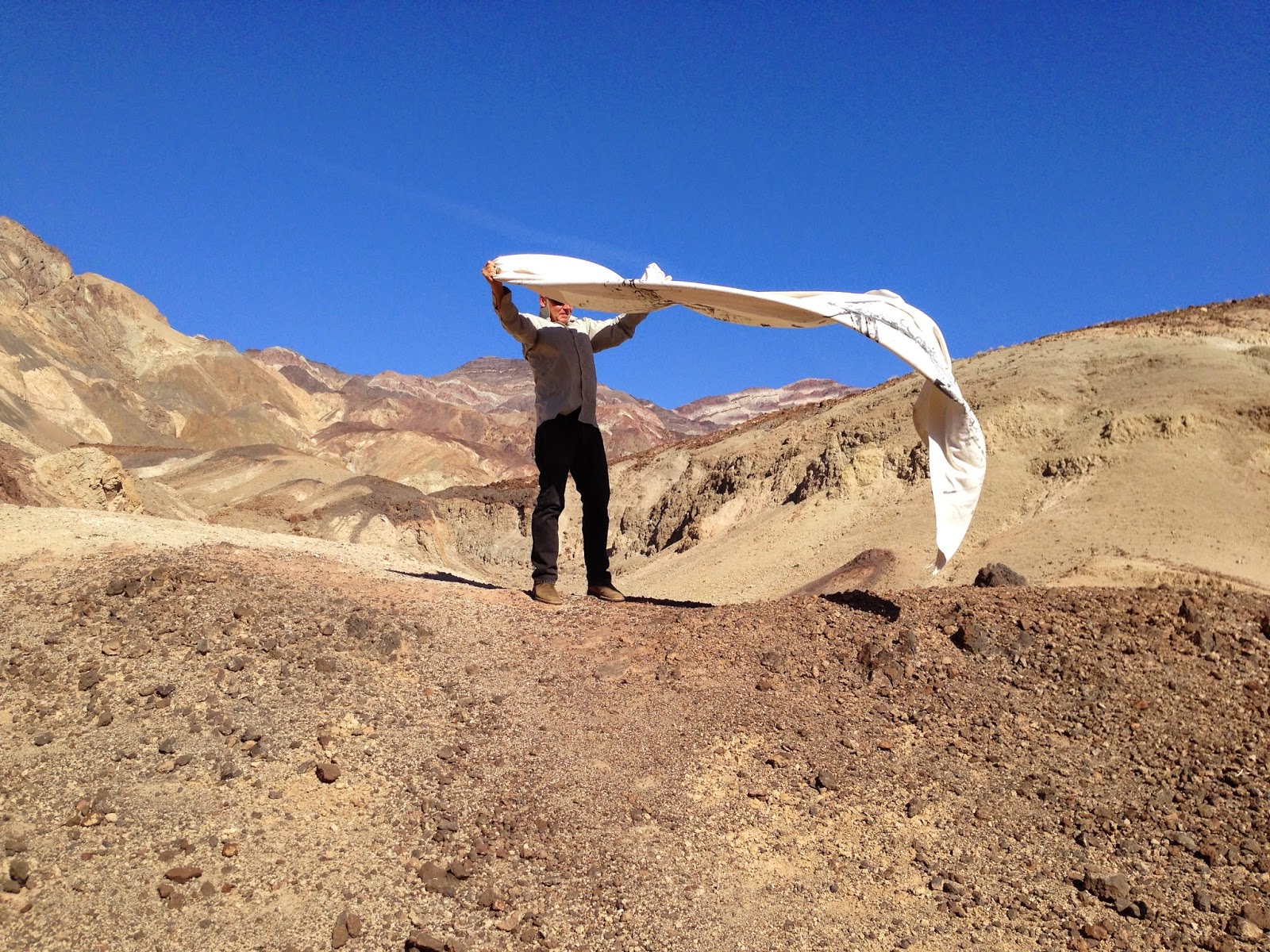 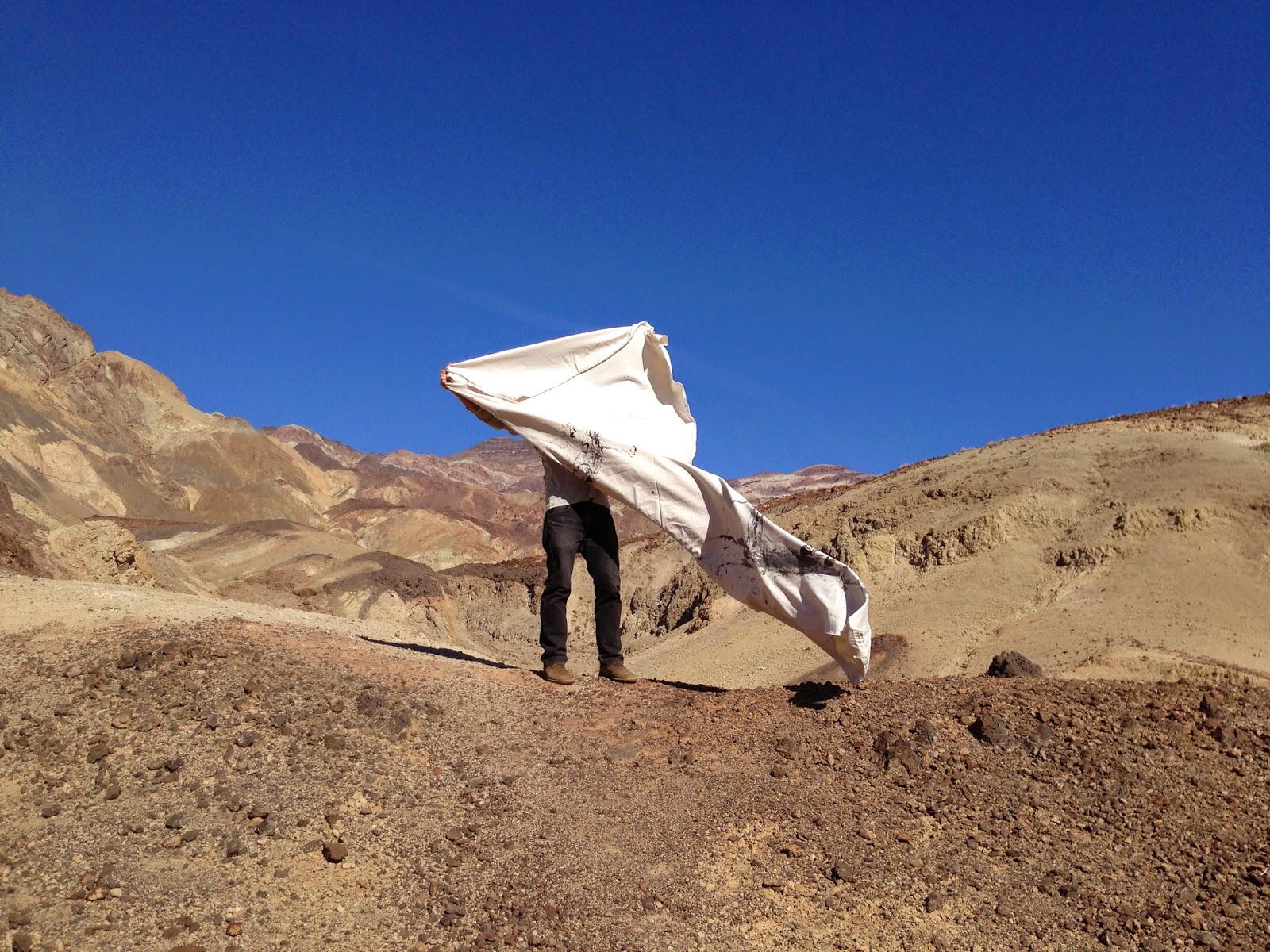 Selected images from UPDRAFT a flight exercises performance for drive-by tourists at the Artist's drive in Death Valley. An area of multi-colored claystones from the ancient ash-falls of the Artist's Drive Formation, where various metals have oxidized the clay creating eye-popping reds, yellows, greens, blues, and purples.

Posted by jtwine at 5:59 PM No comments: