Objet trouve or the best art is on the streets anyway 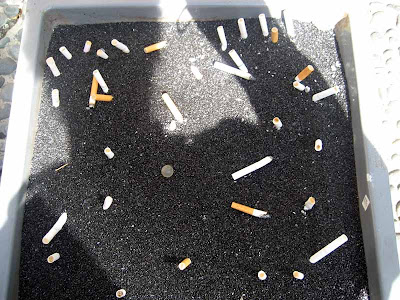 on California and Market 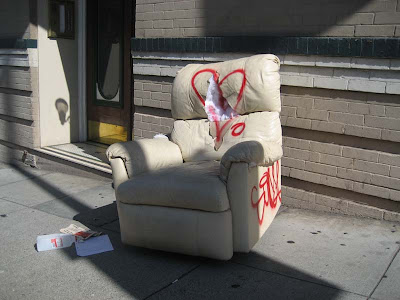 on Hyde and Pine 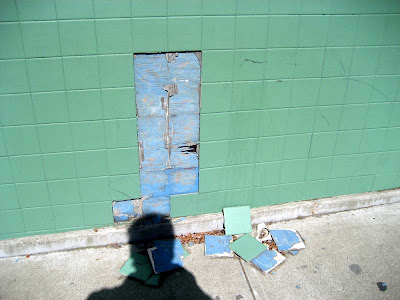 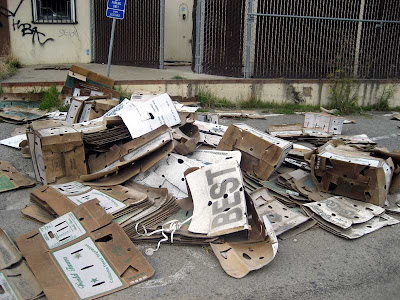 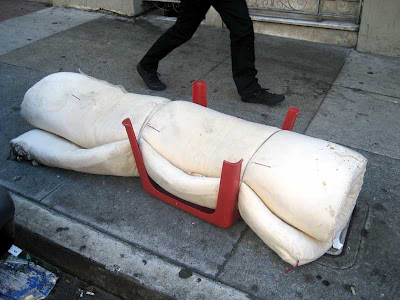 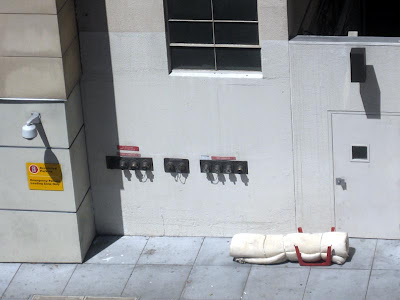 Some hours later August 23, 1p.m. somebody must have moved the futon object to the other side of the street (the matress once belonged to me and was stored in the basement for about 3 years, I totally forgot about it. Somebody must have put it out on the street together with the small red plastic table.)
The images above are found objects or accidental nonart art installations photographed in various neighborhoods in San Francisco.
Objet trouve, term applied in the 20th century to existing objects, manufactured or of natural origin, used in, or as, works of art. With the exception of the Ready-made, in which a manufactured object is generally presented on its own without mediation, the objet trouvéis most often used as raw material in an Assemblage, with juxtaposition as a guiding principle. Prior to the 20th century unusual objects were collected in cabinets of curiosities, but it was only in the early 20th century that found objects came to be appreciated as works of art in their own right. Antoni Gaudí, for example, used broken pieces of pottery to cover exterior surfaces in the Park Güell buildings (1900–14) in Barcelona and on various buildings designed by him during the same period. The development of Collage in Cubism heralded a greater dependence on found objects, paralleling the... more
Posted by jtwine at 10:46 AM