9:26pm
Jurgen,
I want to change to Fung Shark Fin Soup project (instead of Fung Fin Shark), it sounds better?
Not too much trouble?

Or Fun Shark Fin Soup (drop my g), What do you think.

9:58pm
I prefer Fung not Fun, but fun should it be as tragic it might be.

Changed it to Fung shark fin soup, sounds better?! to me almost a tongue twister, that's cool.
You got interesting images of cooked shark fin tissue and more tissues of course. How long does it take for a tissue to be broken down into cellulose or whatever, I mean till it wont be visible anymore?
Or how long does it take for a shark to die once his fins have been removed?

Did you hear of the North Pacific Gyre located some miles of the coast of california about twice the size of Texas, an ocean-soup of ever-accumulating trash. Some particles so small that they end up in tissue of birds, fish and us of course. 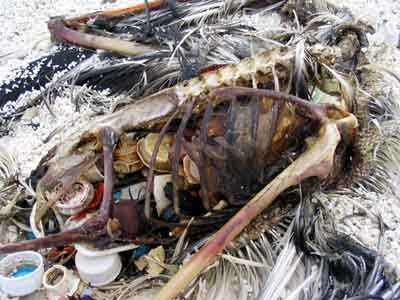 Bottle caps and other plastic objects are visible inside the decomposed carcass of this Laysan albatross on Kure Atoll, which lies in a remote and virtually uninhabited region of the North Pacific. The bird probably mistook the plastics for food and ingested them while foraging for prey.

What a mess no more sharks but plastic everywhere.
j

10:12pm
I have not read the whole thing yet.
Shark fin soup an eco catastroph

I don't eat shark fin soup these days. I did when I was small. Every dinner parties by Chinese people include shark fin soup. The most incredible dish is Crab eggs with shark fin soup. I used to love this soup. Ang Lee, Tony Leung etc are doing commercials telling people not to eat Shark fin soup. 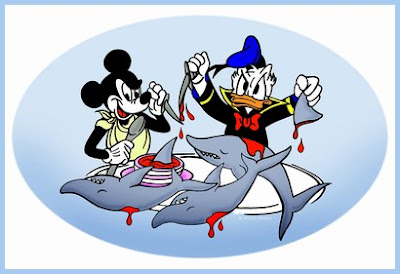 The art of finning? or Disney sucks!
Disney and shark fin soup
Sea Shepherd Conservation Society (SSCS) created a special shirt to promote this campaign. The Stop Shark Finning T-shirts (with the artwork created by Dutch artist and Sea Shepherd volunteer Geert-Jan Vons) were an important tactic in convincing Disney (for one week or so) to defend the sharks and not to contribute to their slaughter by serving the expensive shark fin soup.
j